China has had a huge influence on the Japanese, the most influential time being the Heian Period (794-1185). The written Japanese language was modeled after Chinese calligraphy, government style was Chinese, and Buddhism was introduced, which came to China through India. There is evidence that literature was passed along, for Takeda Shingen had written a phrase on his banners for war that came from Sun Tzu’s The Art of War. Histories were also exchanged for Takenaka Hanbē was called the “Zhuge Liang of the Warring States”, comparing him to the famous Chinese strategist of the Three Kingdoms era (185-280). The comparison of Chinese and Japanese historical figures has not stopped there. In 2007, the video game company Koei, decided to combine their most popular video game franchises, Dynasty Warriors (Shin Sangoku Musou) and Samurai Warriors (Sengoku Musou), to create Warriors Orochi (Musou Orochi). Taking the characters from the fifth installment of the Dynasty Warriors franchise and the second installment of the Samurai Warriors franchise, the Warriors Orochi ties together two different eras in Asian history and their respective mythologies. Dynasty Warriors (Shin Sangoku Musou) has been around since 1997 and is the company’s most successful franchise. It is based off of the famous Chinese book, Romance of the Three Kingdoms, which takes place during the Three Kingdoms era. While some of the events are most likely fictional, all the characters in the book and game were once real people. Samurai Warriors (Sengoku Musou) has not been around as long, the first game being released in 2004. This franchise focused on the Sengoku Jidai from about 1560 until 1615.
In Warriors Orochi, some characters are compared to one another. It could be similar personalities, similar ambitions and virtues, or similar appearance. In the second installment of the same franchise, one comparison becomes highlighted more, and that is in the comparison between Cao Cao and Oda Nobunaga. Despite the obvious similarities, especially the appearance, are Cao Cao and Nobunaga really that similar? 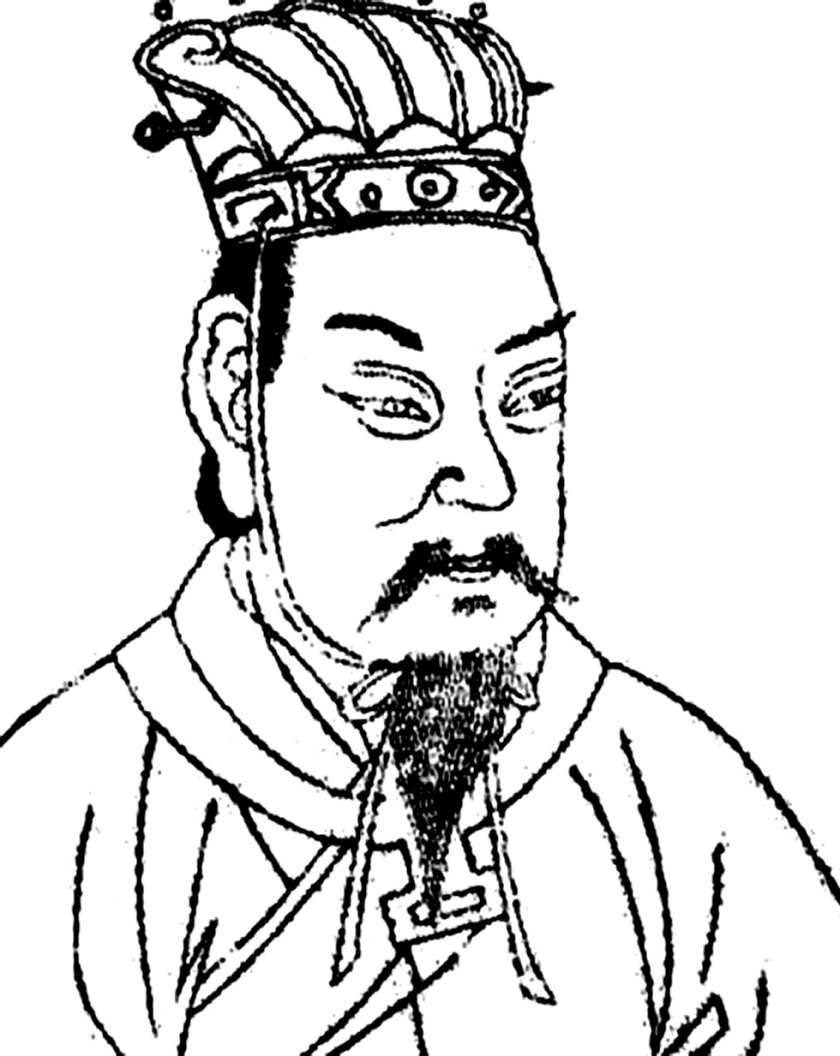 Cao Cao (158-March 15, 220) was the Chancellor of the Han Dynasty and laid the foundation for the Wei Kingdom. He was the son of Cao Song (family name might have been Xiahou), who was the foster son of Cao Teng, one of the favorite eunuchs of Emperor Huan. Cao Cao was known for his craftiness, which began as a child. There was one incident where his uncle complained about him spending too much time hunting and indulging in music with Yuan Shao. Cao Cao threw a fit, and his uncle rushed to tell his father and bring him to his son. Cao Cao acted normally when he returned, and thus severing the trust bond between his father and his uncle. He had also visited a man named Xu Shao to get an evaluation that will help him politically. After refusing, Xu Shao told him that he would be minister in peacetime and a hero in chaotic times. Cao Cao simply laughed and left.
At the age of twenty, Cao Cao became the district captain of Luoyang, which lasted a year, being dismissed in 178 because of his distant ties to Empress Song how had been disgraced. In 180 he returned to court life as a consultant.
In 184, he took part in the opposition in the Yellow Turban Rebellion. He was appointed to Captain of the Calvary and was sent to Yingchuan in Yu Province to take care of the rebels. By 190, Cao Cao joined the alliance to stop Doug Zhou, who was using his position in the court to control Emperor Xian, who he had placed into power after he had despised of the previous emperor, Emperor Shao. Cao Cao had turned down Dong Zhou’s offer of appointment, and built his army, joining the coalition to overthrow him. While the coalition failed to do so, Dong Zhou would be killed by Lu Bu in 192.
Cao Cao began to his expand his power regionally in 193, with a year long invasion of Xu Province. This invasion was triggered by his father’s murder, for which he held Tao Qian, the governor of Xu Province, accountable for. While there was no clear evidence to support this theory, Cao Cao attacked anyway. Cao Cao even punished the civilians who lived in Xu Providence, resulting in the deaths of over 100,000 people. Xu Providence, however, was not under Cao Cao’s control, but Liu Bei’s, the man who would establish the Kingdom of Shu, and he had taken in Chen Gong and Lu Bu, who had fought against them at the last invasion of the land. Cao Cao decided to wait and focused on Yan Providence instead of his defeated enemies in Xu.
In 196, Cao Cao convinced Emperor Xian to move the capital from Luoyang to Xuchang, which was under Cao Cao’s control and he became chancellor. He also established a strict code for himself, until he died, that he would never usurp the Emperor’s throne. He was even approached by his advisors to overthrow the Han Dynasty and start his own which he said; “If heaven bestows such a fate upon me, let me be King Wen of Zhou”. Around this time, his relationship with Yuan Shao was waning because he thought that Cao Cao was trying to humiliate him by offering him the Minister of Works position. Yuan Shao declined the position, and this became the catalyst for the Battle of Guandu (September-November 200).
Cao Cao was the man to bring down the famous Lü Bu. After successful campaigns in the Jing Province, he surround the fierce warrior at Xiapi. Lü Bu eventually surrendered and and was executed on February 7, 199. In the end, Cao Cao gained Xu Province.
The rivalry between Liu Bei and Cao Cao picked up in 200, when Cao Cao attacked Liu Bei in Xu Province, capturing Guan Yu, his family, and some of a Liu Beni’s family. Liu Bei sought refuge with Yuan Shao, who sent part of his army to attack Cao Cao. This led to war between the Cao’s and the Yuan’s. In the end, Cao Cao would rule all of northern China.
The Battle at Chibi or Red Cliffs, is the most famous battle that Cao Cao participated in, and it is also his greatest defeat. Liu Bei had allied himself with Sun Quan, the soon to be leader of Eastern Wu, and met Cao Cao in a naval battle that took place on a large lake. In 208, Cao Cao suffered a massive defeat, and it was after this battle that his forces began experiencing trouble. They had mixed success in the battles they fought in Jing Province and were able to hold off attacks at Hefei and Lu, but those in southern Jing surrendered.
In 211, Cao Cao began expanding to the northwest, personally leading a campaign in Liang Province. He outmaneuvered the rebel army at Tong Pass, and then spent a couple mo this hunting down the leaders.
In 216, Cao Cao was given the title, “King of Wei”, and he along with Liu Bei and Sun Quan, would split China into three separate powers: Wu, Wei, and Shu. The powers were for the most part even, until Liu Bei took Hanzhong from Cao Cao after a two year campaign (217-219).
Cao Cao passed away in 220, in Luoyang at the age of 65. He failed to unify China under his rule, but he set up the foundations for the the state of Cao Wei, which was established by his son, Cao Pi. This would later become the foundations of Jin which would be the power that United China in 280. 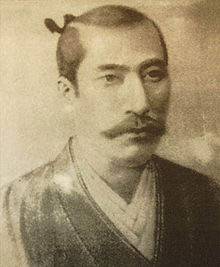 Oda Nobunaga already has an article dedicated to him, so his life will not be focused on in an in-depth manner. To review, though, Oda Nobunaga was the first of the Three Unifiers of Japan. He got his start at the Battle of Okehazama and continued to gain power. He changed Japanese warfare by using arquebus at the Battle of Nagashino. He killed thousands of innocent men, women, and children at Nagashina and became known as the “Demon King”. He met his end at the Honnō-ji Temple in Kyōto in 1582, when his retainer, Akechi Mitsuhide, turned traitor. 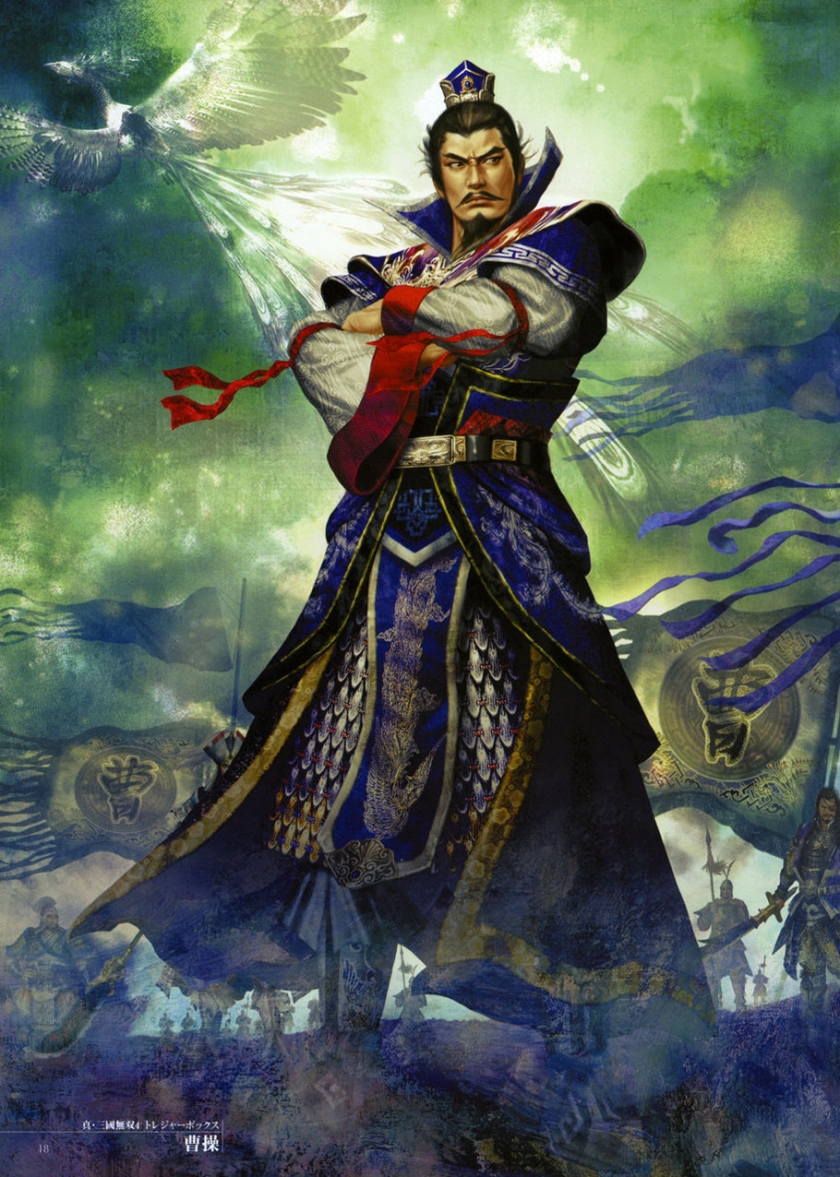 When Cao Cao and Oda Nobunaga met in Warriors Orochi 2 (title image), their reincarnations were from Dynasty Warriors 5 and Samurai Warriors 2. Cao Cao is much older than Nobunaga in the world of Japanese pop culture. Cao Cao has been in every Dynasty Warriors game since it was first released as a fighting game for the PlayStation in 1997. This also means that Cao Cao has had more character development than Nobunaga, since Dynasty Warriors was on their fifth installment when Samurai Warriors just came out the previous year. Since these are the reincarnations that are used in their meeting in Warriors Orochi 2, the article will focus on their reincarnations in their respective games.
Cao Cao in Dynasty Warriors 5 is portrayed as a cunning scholar and an ambitious warlord. He is seen as villainous compared to other leaders such as Liu Bei and Sun Quan. His desire to end the chaos is so great that he will do any means necessary to bring peace. Cao Cao has a quick temper and does not shy away from criticizing his men, whether it be just a lowly soldier or a high ranking officer. While he is mostly removed from his emotions, Cao Cao does show sadness when his bodyguard, Dian Wei, is killed in front of him, and when he gets news of the death of his cousin, Xiahou Yuan. He values strength and talent above all else, and recruits his men on those alone. The events in the game follow the events in Romance of the Three Kingdoms, except he defeats Liu Bei and Sun Quan, unifying China under his rule. 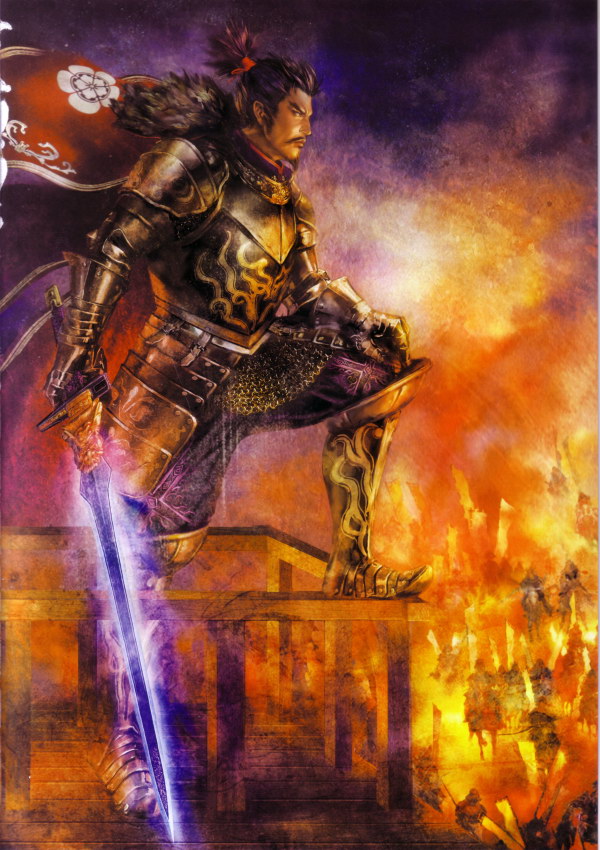 Oda Nobunaga in Samurai Warriors 2, is ambitious and ruthless. He lives up to the nickname of “Demon King”, and usually speaks in a monotone voice, with no emotion whatsoever. He does not so much emotion even towards his wife, Nōhime. He shows no remorse when it comes to his enemies, ruthlessly slaughtering innocent men, women, and children. The only time he shows any remorse, is when he sheds a single tear for Akechi Mitsuhide after he kills him at Honnō-ji at the end of his personal story. He speaks in a theatrical dialogue and at times comes across as philosophical and poetic at times. Nevertheless, Oda Nobunaga is portrayed as a cold and sadistic man, especially compared to the two other Great Unifiers.

After examining the historical and pop cultural aspects of both Cao Cao’s and Oda Nobunaga’s lives and personalities, it is becomes clear that the two are far from similar. While they both have used the emperors and laid the foundations in their respective countries, were tactical geniuses, and scholars in their own right, they are completely different people. Cao Cao is overly ambitious and has a moral code, while Nobunaga is overly sadistic, turning on family as well as the innocent. It is even stated in Warriors Orochi 2 that Cao Cao does not care much for Nobunaga because of his sadistic nature.
Comparing these men side by side, Cao Cao is definitely more heroic than Oda Nobunaga, and is definitely the better man. Nobunaga, however, is the better military general, for he won more battles and changed the dynamics of combat in his lifetime.
It cannot be denied that both Cao Cao and Oda Nobunaga are the greatest men of their eras and countries. Even in the 21st Century, both men are held in high regard and are studied constantly by the historians from their home countries, but again much is still unknown to the Western world about them. Despite their differences, Cao Cao and Oda Nobunaga are worthy of comparison because of the grand figures they strike in history.