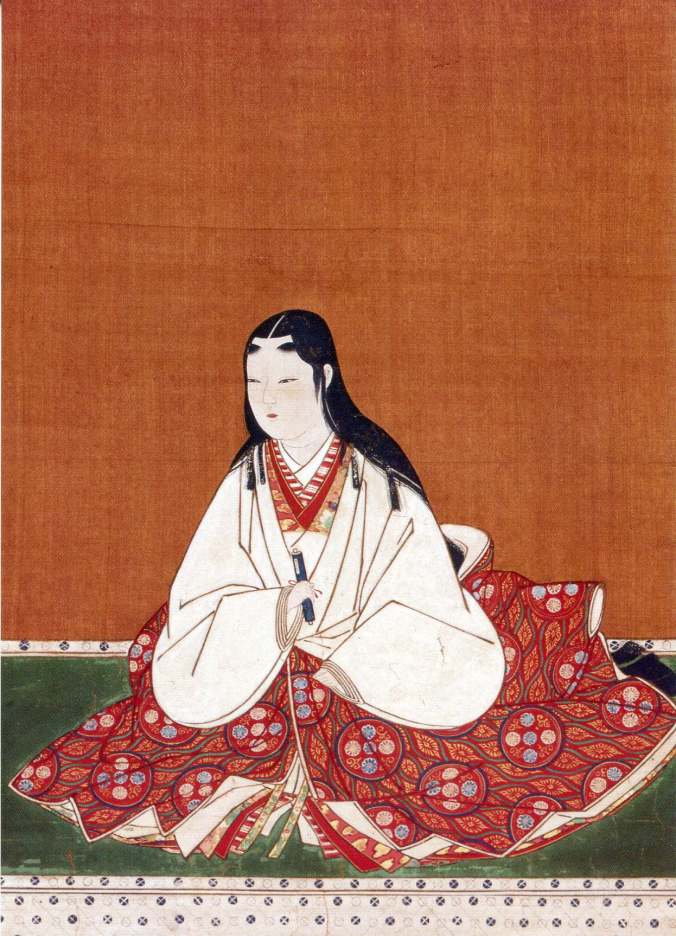 Oichi is one of the most famous women of the Sengoku Jidai, and she is also one of its most tragic figures. She was Oda Nobunaga’s younger sister, sister-in-law to Nōhime, wife to Azai Nagamasa and Shibata Katsuie, and the mother to Lady ChaCha, Ohatsu, Oeyo and Manpukumaru. She was one of the most beautiful women of the era, intelligent, and slightly taller than most women of the age. Nobunaga even said that “if Ichi was a man, she would make a fine warrior.” It is said that Shibata Katsuie and Maeda Toshiie were admirers of hers and she disliked Toyotomi Hideyoshi. While many have said that Hideyoshi did care for her and tried to save her and her children, it is hard to look past the fact that Hideysohi killed her son, Manpukumaru on Nobunaga’s orders.
Oichi was born in 1547 and was the daughter of Oda Nobuhide and of an unnamed concubine and was Nobunaga’s younger sister. In 1567, when Oichi was twenty years of age, she was married to Azai Nagamasa as part of a political move to form an alliance between the two clans. It is said that Nobunaga was extremely pleased with the union and he paid completely for the wedding, something that was traditionally paid for by both parties. There is also a theory though, that the marriage was quickly arranged after it was found out that Oichi was pregnant with Lady ChaCha, who was actually Oda Nobunaga’s child. Oichi and Nagamasa married in September 1567 and Lady ChaCha was born in December 1567. Despite this theory, Azai Nagamasa is still considered to be Lady ChaCha’s father.
The Azai and Oda clans lived in peace for three years. Nagamasa’s relationship with his brother-in-law began to sour when Nobunaga began to abuse the shōgun. When war was declared on the Asakura, a long-time friend of the Azai, Nagamasa betrayed Nobunaga and sided with the Asakura. The conflict started when Oda Nobunaga launched an attack on the Asakura and Azai Nagamasa came to their rescue, along with the Ikkō-ikki. A tale from this conflict states that Oichi sent Nobunaga a bag of beans that was tied at both ends. While it was a good luck charm, it was also a warning about his army being attacked from the front and rear. Nobunaga understood and was able to escape, but not without heavy losses.
After the defeat at the Battle of Anegawa in 1570, Oichi and her family lived in fear for the next three years. The conflict finally ended three years later at the Siege of Odani Castle in 1573. Nagamasa was surrounded by Oda troops, and Nobunaga demanded that Oichi be returned to him. She was returned to Nobunaga along with her daughters. Her son and Azai heir, Manpukumaru, was hidden from Nobunaga originally, but Nobunaga was able to convince Oichi to tell him where he was hidden. He tricked her by saying that he wanted the boy to live with him and he would raise him. After learning of the boy’s location, Nobunaga ordered Hideyoshi to kill the child and put his head on a stake. The Siege of Odani Castle ended with Nagamasa’s death. Oichi and her daughters’ lives were spared by Nobunaga’s younger brother, Oda Nobukane. He said that “the Azai bloodline should not be spoiled” and took them in and lived with his family for the next nine years. Going back to the theory about Oichi, Nobunaga, and Lady ChaCha, it is possible that she was purposely kept away from Nobunaga.
In 1582, Oichi remarried to Shibata Katsuie, the same year that Nobunaga was betrayed by Akechi Mitsuhide. Nobunaga’s third son, Oda Nobutaka arranged for the marriage after his father’s death, and created an alliance between the Oda and Shibata clans. Shibata Katsuie was one of the retainers of Nobunaga’s who had issues with Hideyoshi, who began taking over succession disputes after Nobunaga’s death. Problems between Katsuie and Hideyoshi climaxed at the Battle of Shizugatake. In 1583, the Toyotomi army crushed the Shibata army at Shizugatake. Katsuie was not present at the battle, however, when he heard of his army’s defeat, he locked himself in Kitanoshō Castle, and ordered Oichi to flee with her daughters. While Oichi sent her daughters to be cared for by Hideyoshi, Oichi stayed behind with Katsuie. Her last words were: “As I stand here, not leaving nor waiting, a sound strikes the summer night, a cuckoo perhaps?”. Oichi died besides Katsuie as the castle burned.
On the seventh anniversary of Oichi’s death, Lady ChaCha drew a portrait of her mother, and it became known as “Portrait of One of Sengoku’s Beauties”. She is also the great-grandmother of Empress Meishō (January 9, 1624-December 4, 1696), the 109th Imperial ruler of Japan, whose mother was the daughter of the second Tokugawa shōgun, Tokugawa Hidetada and his wife, Oeyo: Oichi’s daughter.

Note: While researching Oichi, I came across one source that claims that Oichi had another son named Majumaru who was forced into priesthood after his father’s death in 1573. I cannot find any other information about this, but I did come across yet another interesting fact about her son Manpukumaru. It is not clear if he is actually Oichi’s son or born by one of Nagamasa’s concubines. Most sources list his birth year as 1563, but even that is followed with a question mark.