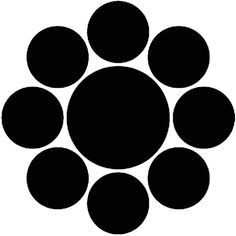 Katakura Kojūrō was the chief retainer and strategist who served under Date Masamune, who started out working under his father, Date Terumune, as a junior page before serving his son. In recent years, he is more known by his name of “Kojūrō” instead of “Kagetsuna”, and the name change is unclear.

Katakura Kojūrō is well known today for his dedication to Date Masamune. Some historians link this to childhood, for Kojūrō’s elder sister was Masamune’s wet nurse. Others link it to another event in Masamune’s life. It is said that when smallpox infected his right eye, Masamune asked for Kojūrō’s assistance in removing it. Whatever the reason maybe, Kojūrō’s loyalty to the Date clan was unwavering, and can be seen in many instances.

At Date Masamune’s first battle, he ran headlong into the enemy, attacking recklessly, and ended up surrounded by the enemy. To save him, Katakura charged into the fray, yelling “I am Masamune!” which distracted the enemy, allowing his young lord to escape.

Katakura Kojūrō took part in the many famous battles that Masamune fought: Hitodoribashi in 1585, Kōriyama in 1588, and Suriagehara in 1589. He was able to convince Masamune to submit to Toyotomi Hideyoshi to save the Date clan and land, and took part in the siege of Odawara Castle in 1590. It was this submission to Hideyoshi that would test his loyalty again. Hideyoshi offered Kojūrō the fief of Tamura, which would make him a daimyo by default. Kojūrō, however, turned down the offer as a show of loyalty to Masamune.

In the year 1600, Katakura Kojūrō took part in the campaign against Uesgui Kagekatsu, and after the Sekigahara Campaign, helped Masamune establish the city of Sendai. The Katakura family would thrive at Shiroishi Castle for the next eleven generations.

Katakura Kojūrō fell ill in the winter of 1614, and thus could not partake in the Winter Siege of Ōsaka Castle, and sent his son, Shigenaga with Masamune instead. He would die on December 4, 1615 at the age of 60. Six of his retainers committed “junshi”, suicide to follow a lord’s death, not long after his passing. The statue of Katakura Kojūrō stands at Kessan-ji Temple near the castle where his clan lived for generations.